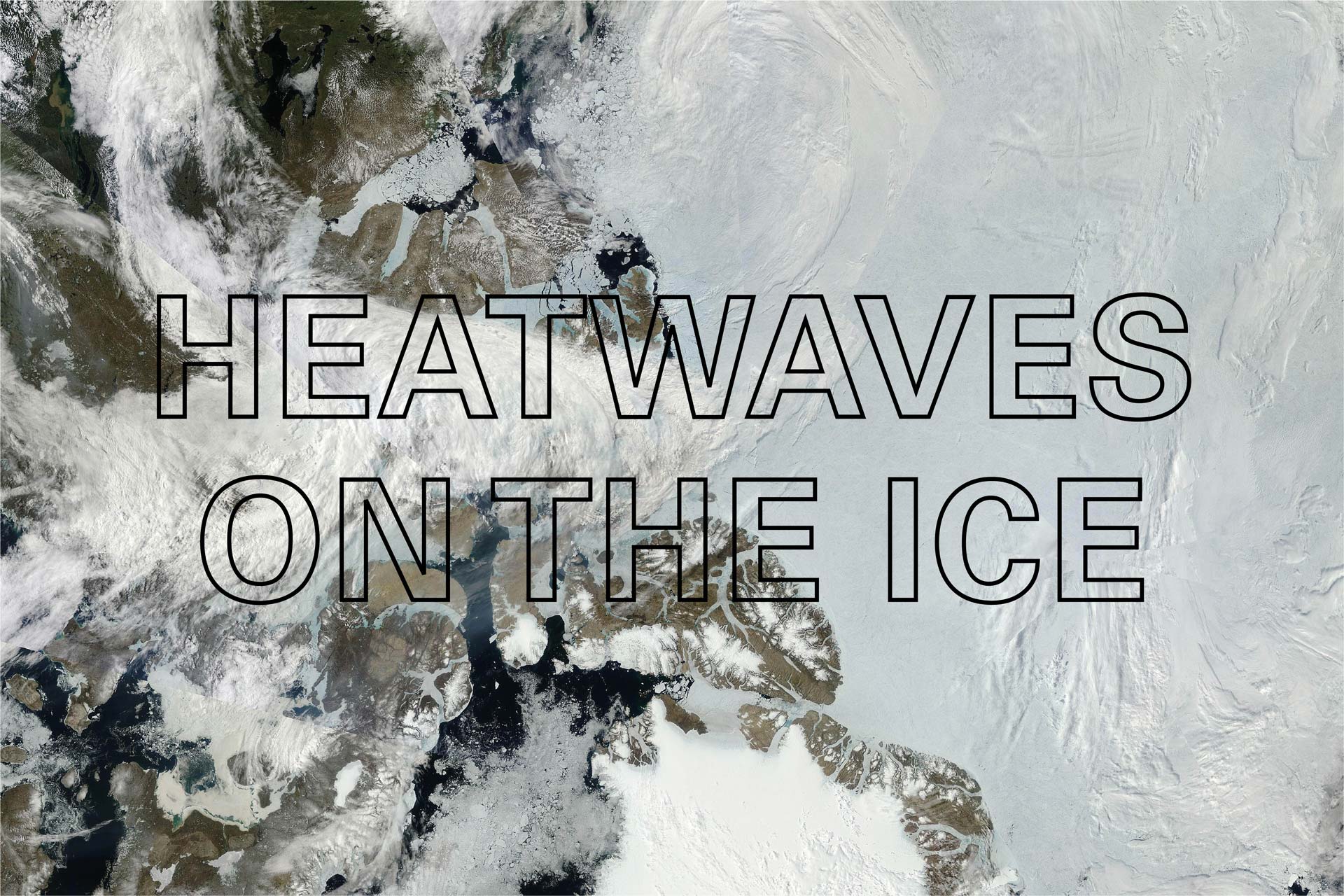 March 2022 saw two extraordinary heatwaves over both Earth’s Pole. In the south, Antarctica reached -11.8°C, more that 40°C warmer than expected for that time of year. Similarly in the north, some Arctic weather stations recorded temperatures 30°C higher than usual.

These heatwaves are unique, however it’s too early to tell their exact relation to climate change. Scientists will be working hard to find out more. What it does do is give us a timely reminder of why rising temperatures and melting ice in the Earth’s poles matter so much.

‍Looking at the trends

‍The below graphic shows that in both the Northern and Southern hemisphere, since 1978, sea ice has fallen as land temperatures has increased. 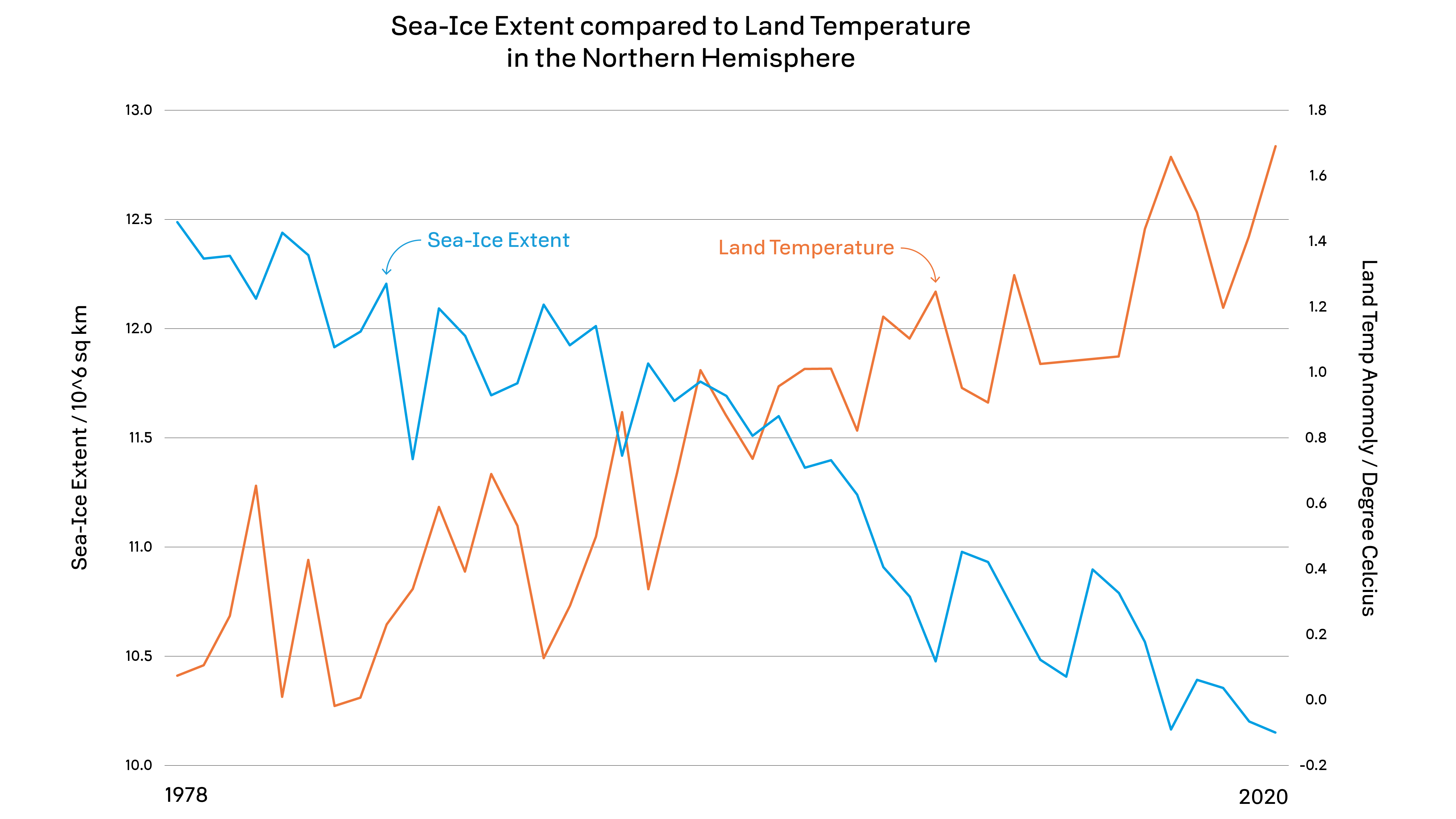 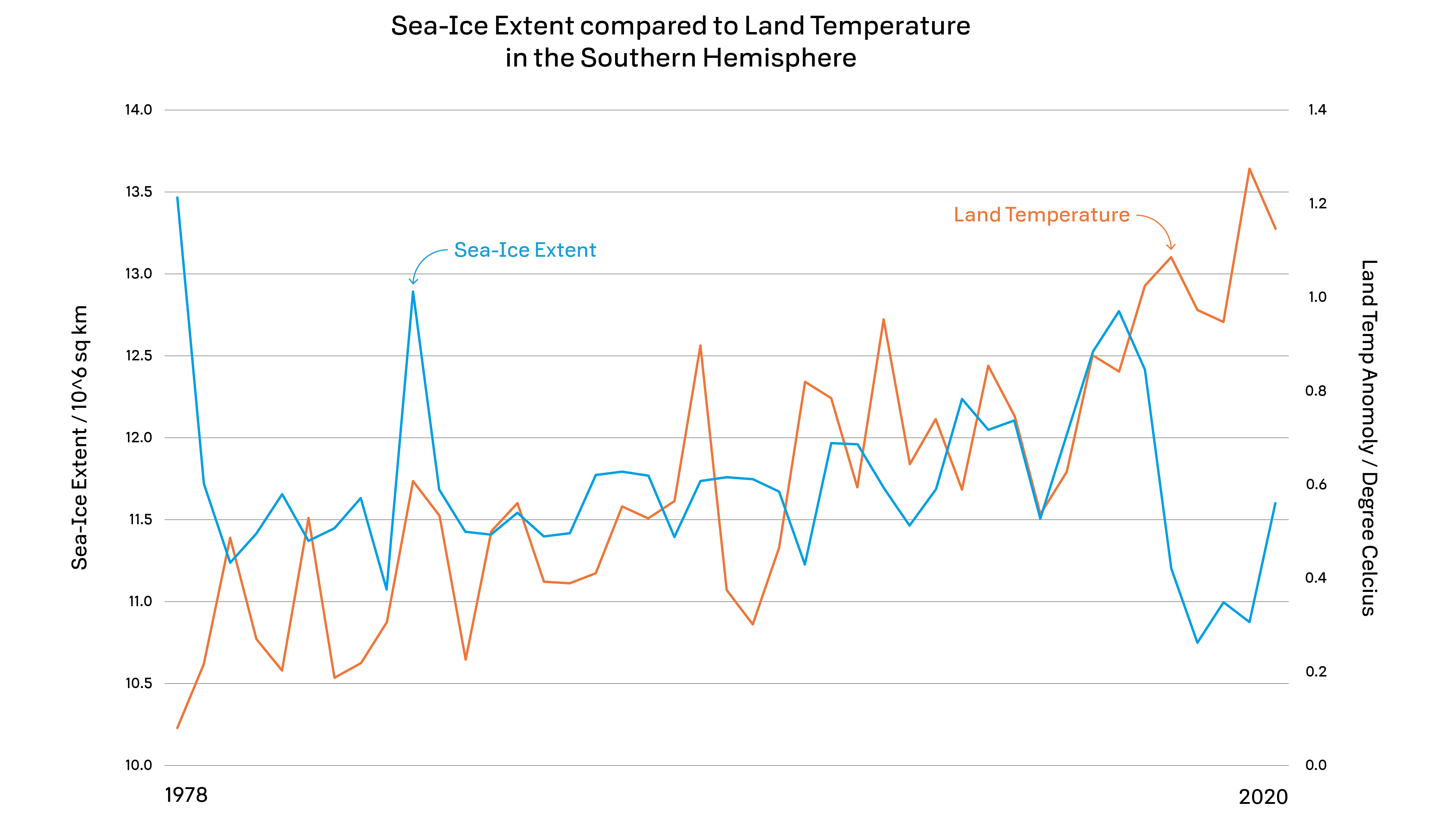 A closer look at Antarctica

The trend is less pronounced in Antarctica. This is because in the late 20th century a large hole opened in the ozone layer above the South Pole. This has a regional cooling effect, which has counteracted much of the heating caused by global warming. Ice sheets are for the most part preserved because temperatures rarely get above 0°C. Even in the March 2022 heatwaves, temperatures stayed well below zero.

‍A closer look at the Arctic

The Arctic is now warming three to four times faster than the global average. This means heatwaves are more common, more ice melts during the summer and less forms in the winter.

What does this mean?

Here are some of the consequences that will occur if sea ice is allowed to continue to melt at the rate it is.

Climate change is made worse[1]
Sea ice reflects a lot of sun and heat back into space, whereas open sea water absorbs it. Therefore, as the ice melts more heat is absorbed, and global warming is accelerated. Arctic ice and permafrost (ground that is permanently frozen) store large amounts of GHGs. When it melts and warms, the GHGs are released, which further increased global warming.

Wildlife is lost
Animals that depend on sea-ice for survival will be endangered. This includes polar bears, walruses, arctic foxes, snowy owls, reindeer, and many other species.

Changing weather patterns
Cold water entering the ocean from melting sea-ice in the Arctic disrupts ocean currents near Europe and North America. This has a knock-on effect and changes weather patterns across these regions.

What can be done?

By limiting GHG emissions and keeping the rise in global temperatures to 1.5°C we can prevent the worst effects of climate change. On an individual level people can help by:

Note
When an effect of climate change (like melting sea ice) further amplifies climate change, it is referred to as a climate feedback process.